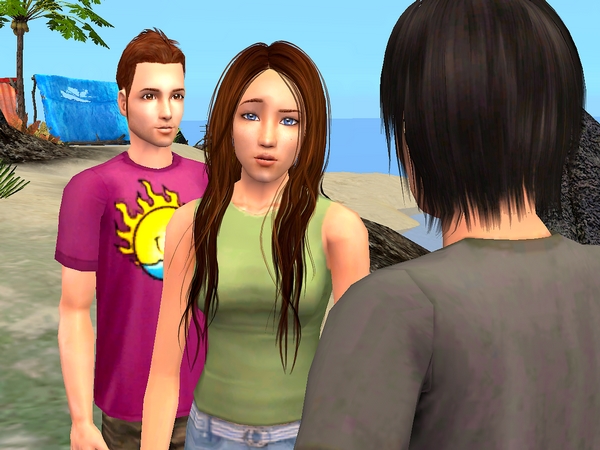 Lainey isn’t impressed, “You’re seriously starting us over from the beginning?”. 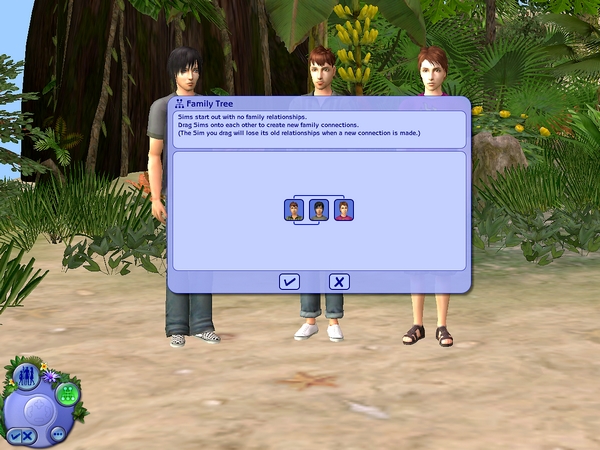 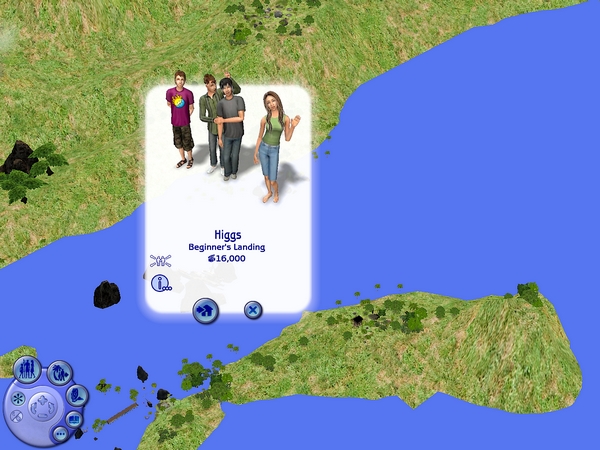 I recently got on a new computer, and have been getting Castaway stories going again. The game is currently at medium settings until I can upgrade the computer, so the water looks a little wonky right now.

Last night, I imported my Higgs characters into the game and played a little. This isn’t where I last left off, but I wanted to get them all squared away first with skills, relationship status, etc. Their clothing still looks new, because, well… they just got there. Ha!

I've fixed the broken Photobucket links for generation one, so now all images have been restored for my sims story 'The Higgs'.

If anyone is interested in reading (some adult content), linked entries can be found on the chapter index below, or if you prefer, on on DW under the tag "The Higgs" at sogoshable; where I will continue updating at. 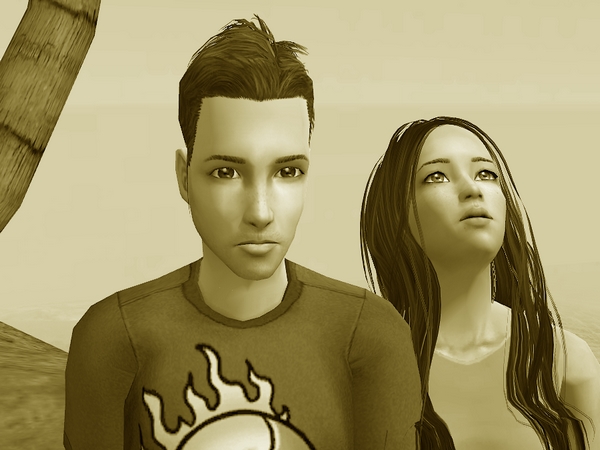 I've decided to transfer over to Dreamwidth, and I’ve been seeing an awful lot of broken Photobucket links in my entries (including my story). D’oh!  I’ll probably spend the weekend re uploading the images; thankfully, I’ve backed them all up. Bear with me!

Any other DW sim players here?

Feel free to add me: https://sogoshable.dreamwidth.org/ 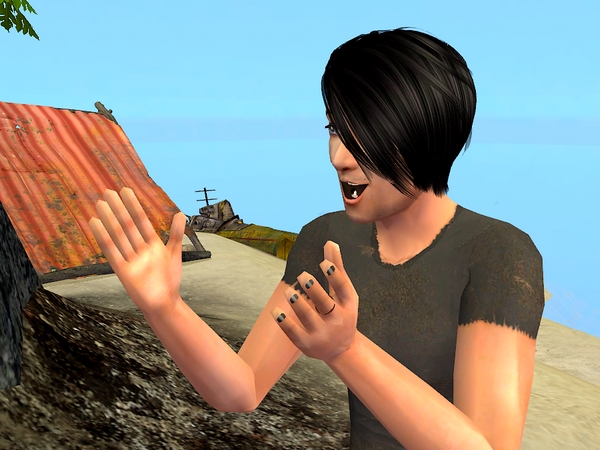 This is a brand new Tumblr account for my sims stuff. I found it exceedingly hard to connect with other simmers with the limitations of a sub account (aka: babyblog); I only wish I had made the move sooner. Feel free to come join me! 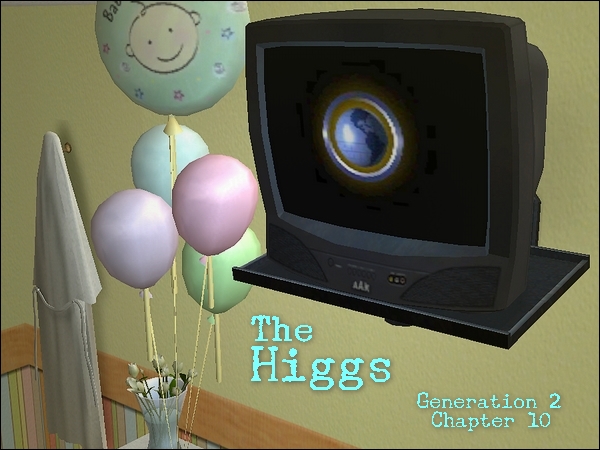 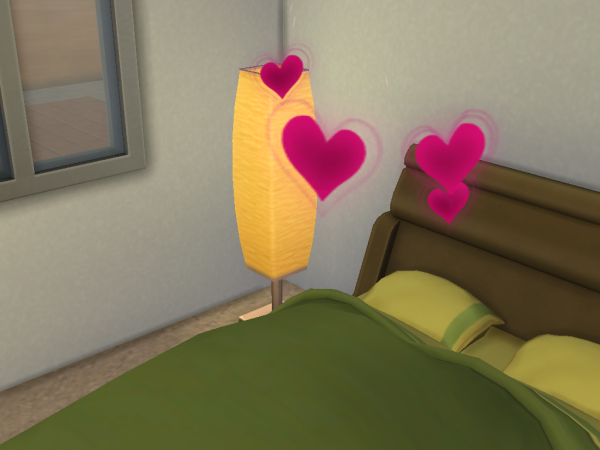 WooHoo! I got Sims 4 for my birthday.

I worked feverishly on 'The Higgs' update before heading out to Oregon (Mt. Bachelor & Seaside) last month; I got my storyboard ready, images edited and re-sized. Basically, I wanted to be ready to write when I returned. Then… I got Sims 4 for my birthday, and have been playing it ever since. I feel like I’m cheating on my old TS2 sims now. *lol* And, as an extra birthday surprise, the addition of pools arrived on my first day of game play. Yay!

Sims 4 has been a lot of fun to play, much in the way that Sims 3 was for me, but it still lacks that personable feel of Sims 2. Now, I'm in no hurry to switch over to TS4, but the way that my computer has been huffing & puffing lately, I honestly don't know how much longer I'll have a working system to operate TS2 on. I also feel like TS4 would be easier than TS3 to continue my with aesthetically. Maybe a few EP's down the road. ;)

[ETA: I still forget to add curtains in my houses.]

One of the parks near my house put up a little free library case. The book Sex, Drugs, and Cocoa Puffs caught my eye, so I took it home. I giggled to myself when I saw the chapter Billy Sim, because anytime I hear, or read the word "sim", I automatically think of The Sims. As it turned out, this chapter really was about The Sims, and it was fascinating to read someone else's account of it, and see some familiar names. I won't say any more about it, because I don't want to spoil anything for anyone, but I just had to share. The book is a fun, non-official memoir of the author, so each chapter is pretty self-contained; you won't be lost if you only want to read the part about the Sims, though I highly recommend reading the whole book. 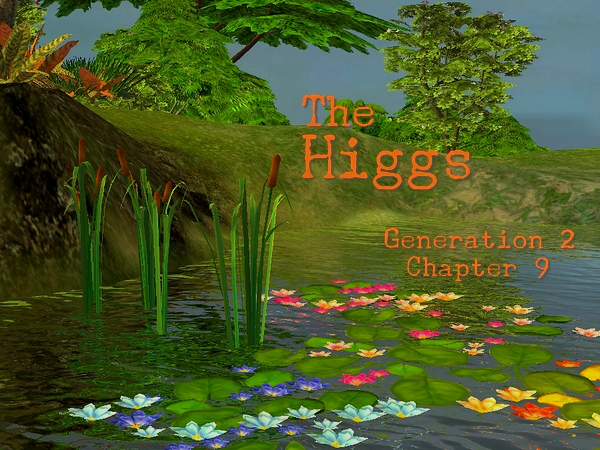 Well, I managed to pull off two marathon gaming sessions this weekend, wrapping up a huge part of my story chapter. While sorting through the pictures, moving them in and out of folders... I inadvertently deleted the entire folder. I don't even know how that happened, but I was pretty tired, and my cat kept leaning on the keyboard. Now, I have to reshoot the whole scene again, and I had some shots I was quite pleased with too. Isn't that the way it always goes though? 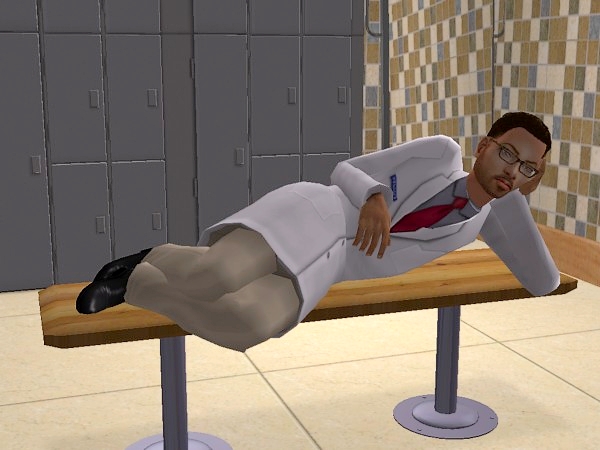 The test run with the hospital was a success! However, it was a bit boring as a residential lot; I'm tellin' you, even my sims were bored. *lol* I'll rezone it tonight and test it further. If it's too much of a drain as a community lot, at least I know it's playable as a residential.

[ETA] I spoke too soon. I rezoned it, and now it's crashing just as badly as the original.
Collapse